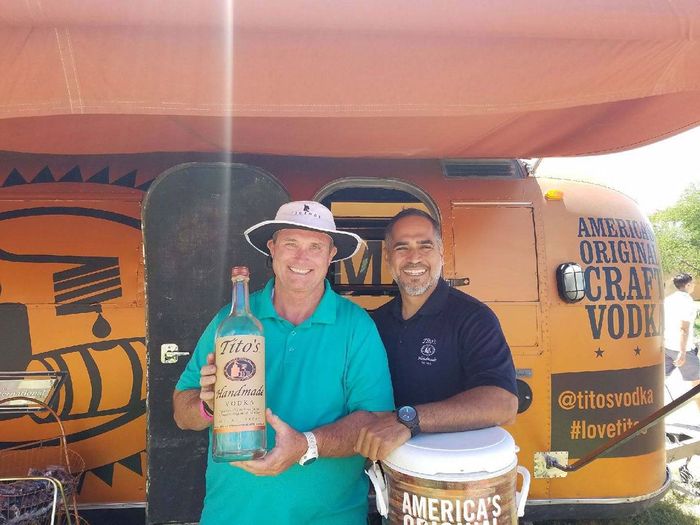 Where the bar is now located is where many line 7 foul weather gear, and boxes and boxes of Sperrys & Timberland deck shoes were tried on and sold. The whole marina was Family owned by the Baldridges, By Baldridge 50 % owner of Classic Café who is also a local celebrity for he crewed

( navigator) in the 1992 quest for the America Cup in San Diego . The America Cup the is the oldest sport trophy in the world 1838 . The USA was victorious in 92 with their defense of the Cup beating the Italians (Il Moro) .

By Baldridge and I (Brad Emel) were roommates at the time his family sold the Marina to Dr Hebert ( an Oral Surgeon ) in May in 1985, When By told me about the sale, I immediately called Dr. Hebert and told him I wanted to put a Restaurant at this location. I currently was owner operater of 402 Main St. Grill, a successful restaurant in League City that catered to the Clearlake sailing community.

When I first started working on a name for the restaurant I was considering Seabrook County Club there was a place in Missouri City, the Missouri City County Club and I thought that was kinda cool. As the menu was being created primarily Cajun, K Paul a was popular Chef in New Orleans was becoming a nationally renouned.. I would doodle SCC on the menu and all the other procedures manuals, ect . Then it just hit me Seabrook Classic Café. Whalah, it wa conceived and well received still after 34 years . One thing I am really proud of is Classic Coke came out after we opened , We were Classic Before Coke! That’s a fact!

The most challenging thing being as popular as we have, is trying to decide what menu items to keep and which ones to make room for current trendy recipes. You have to keep up with the with the the times. Now with all the food networks shows streamlining menus to six or eight items as oppsed to our thirty. We have regulars that would literally die if they couldn’t get menu items they been ordering for 34 years. Many of which were on our menu from day one. We’ve been blessed with great regulars, and long term employees. Our location is the best for Seabrook, down the street from Johnson Space Center, and across the bridge from the ever popular Kemah water front. We watched Clearlake grow from a Space only industry to now a place where you rarely go into Hiouston unless your going to an Astros game of course. I was an elected official for 15 years and the Mayor of the City Of El Lago 13 of those 15 years. I remember in 2008 after Hurricane Ike where we took on water approximately 30 inches that 1,000,000 people lived south of Clearlake, they fast tracked a new Bridge to be completed by 2012. That bridge started construction this summer.

With all the changes with Nasa, the Shuttle Program, to now their focus to go back to the moon and beyond to Mars. We at the Café are excited for the future and despite the construction on Hwy 146 we will be here opened and ready to serve you your old time favorites menu items, all the new trendy foods, and best of all, all your favorite (strong) cocktails including the ever popular, invented here ICEBERG, a mimosa on steroids flying out of the frozen machine every Saturday and Sunday during Breakfast and throughout the afternoon!